Several stages of the packaging 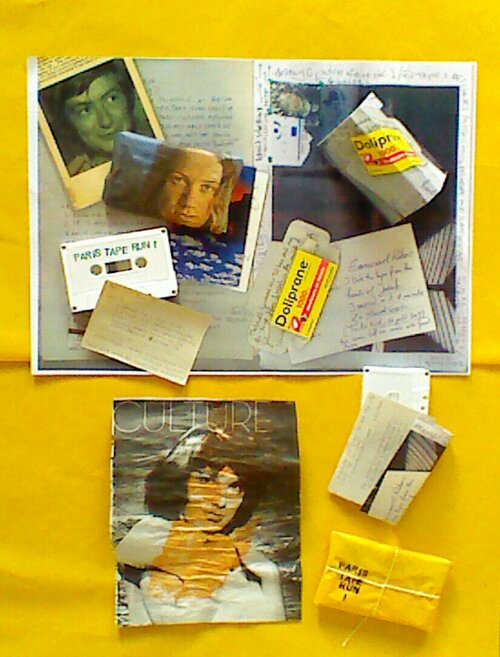 The first edition of Paris Tape Run1 – chrome: 2 x 20 minutes, white cassette, transparent library case, compilation of ten Paris based artists. Cover is a handmade wrap-up collage from original pieces taken from the ads on the billboards in the Paris Metro System ( no xerox!) Inlay with tracklist and short info. is sold out

Price €6,95 in the shop, to order: mailorder at staalplaat dot com 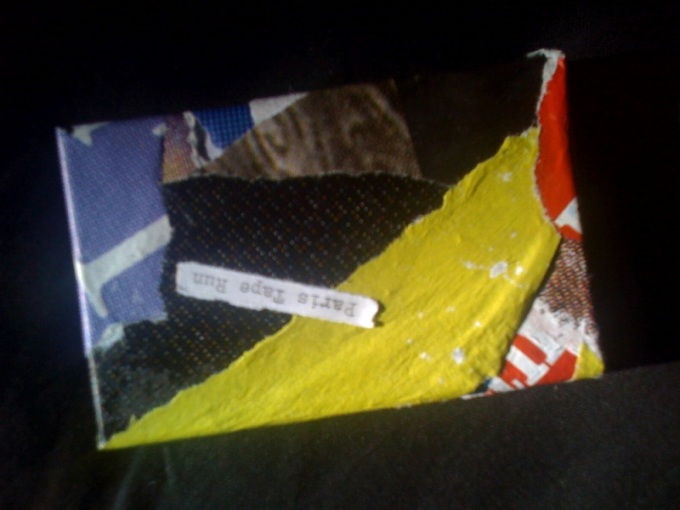 The Paris Tape Run1 started in Palazzo C. at Nation. From there it travelled all over Paris, even ended up on the way to a new place for Parisian cultural refugees: Bruxelles. The artists on this tape met each other on the street, in a bar or at home to hand over the cassette. Only TG broke the chain because of his move to the Belgian capital at the time when the tape was handed around. He paid six ( 6! ) euro postal damage to send the cassette back to Paris. This collection is not meant as ‘a best of.’ It documents the different styles one can find in Paris within the genre of non academic contemporary music. 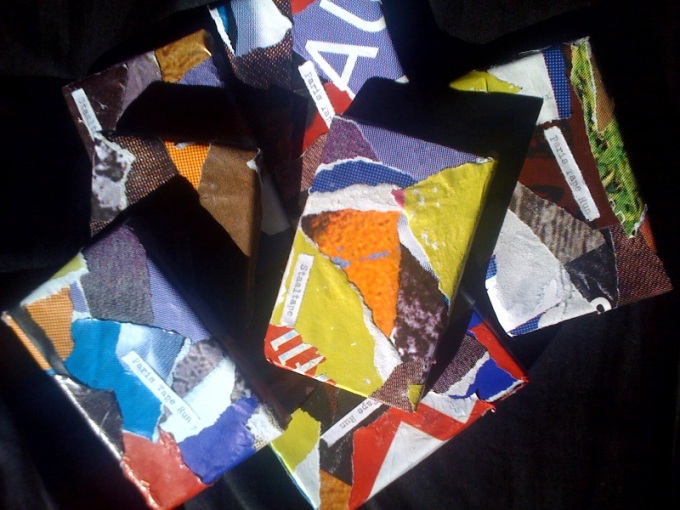 [ Both of my personal one copy only PTR cassette editions are for sale. To give all of you a fair chance to acquire them, they will go to the highest bidders. Mail your offer to: soundblog [at] harsmedia [dot] com and don’t forget to mention whether you are bidding on the Paris Map or the Paris Souvenir edition. (Minimum bid for Paris Map: € 27,- . Minimum bid for Paris Souvenir: € 40,-. Prices include registered p&p worldwide.) ]

to read more go to his SoundBlog

Harold’s mail address is available through binnen at staalplaat.com

below is the cover made by Emmanuel Rebus, also this one can be purchased via binnen at staalplaat.com

TG made a special package, especcially designed for those fans of good music who have been living too long without a cassette player:

Asked about price and type of cassette player, TG answered:”  no i dont know how much i will ask for it.. if i dont sell it during my coming tour, it will probably end up in bimbo tower shop in Paris. The walkman is a philips skymasterline or something like this, originally red.”

Here are Anthony Carcone’s personalized releases, he found that dirty tower in the street when the Paris Tape Run started …. 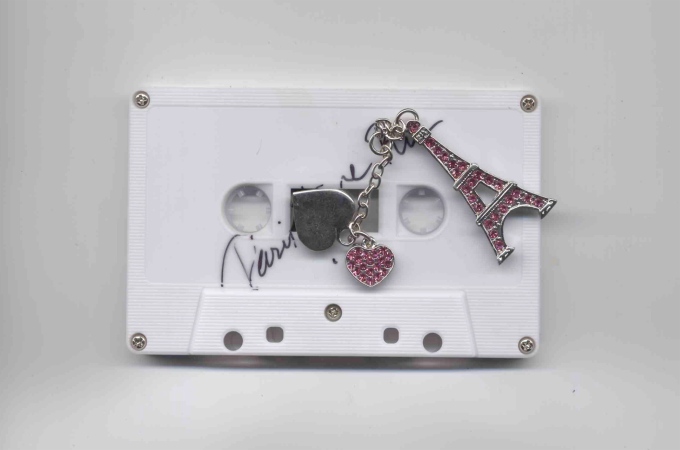 The original tape returned to me in a different package. During the run different material was used to write down the information. The pictures below might give an impression. 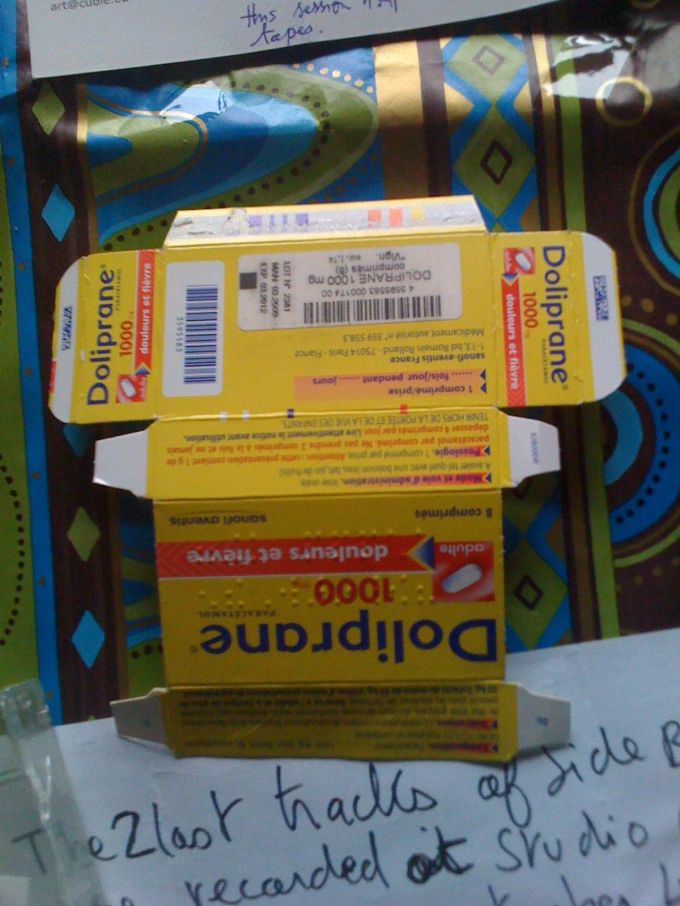 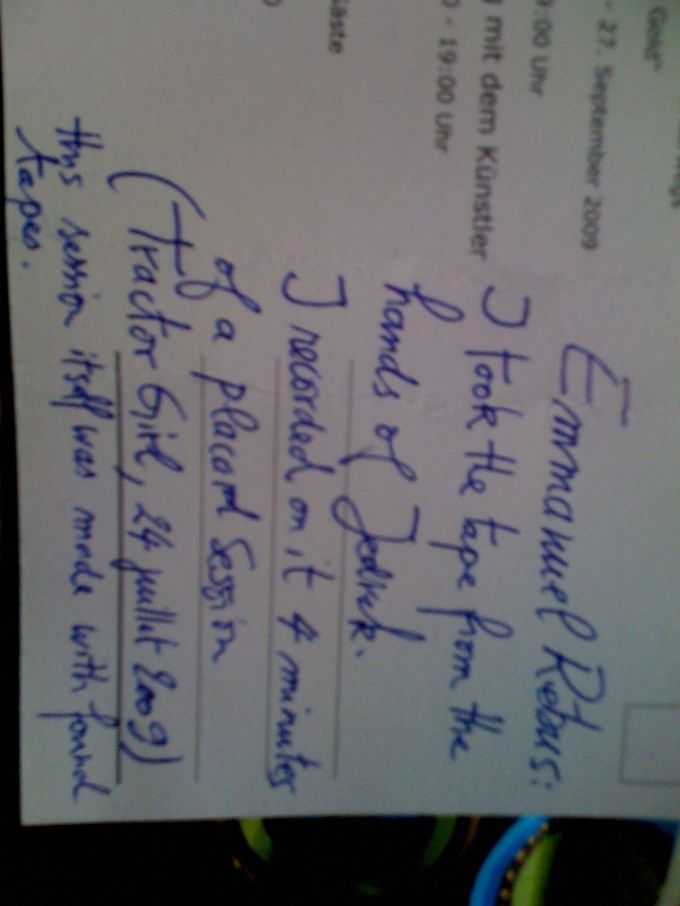 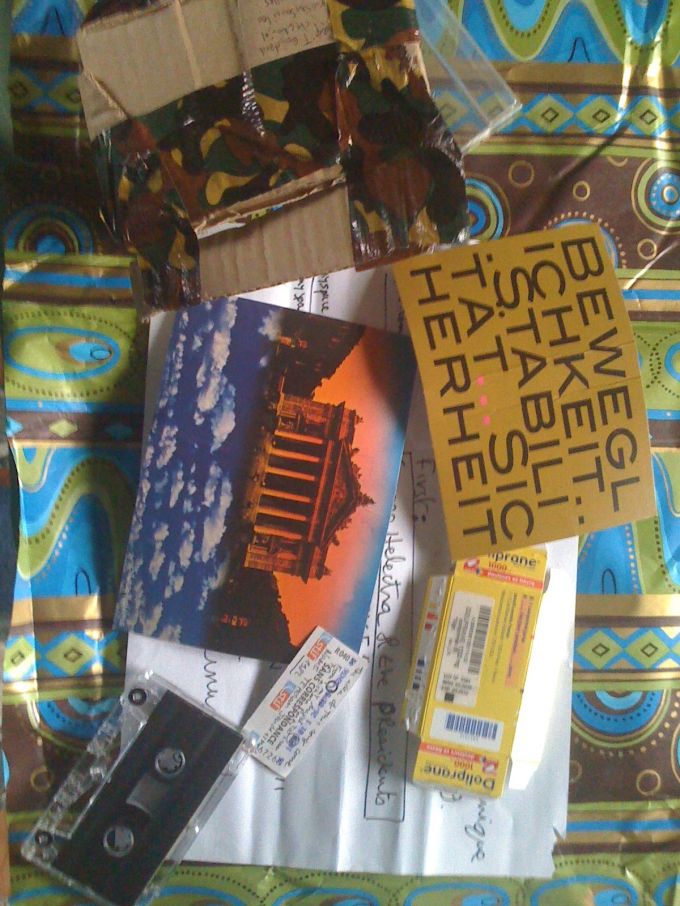 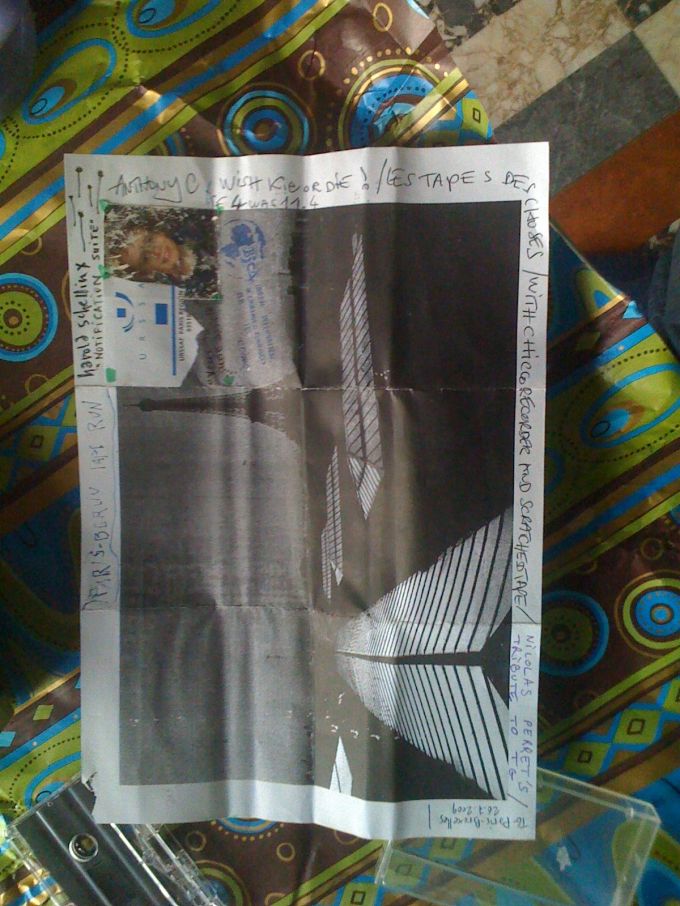 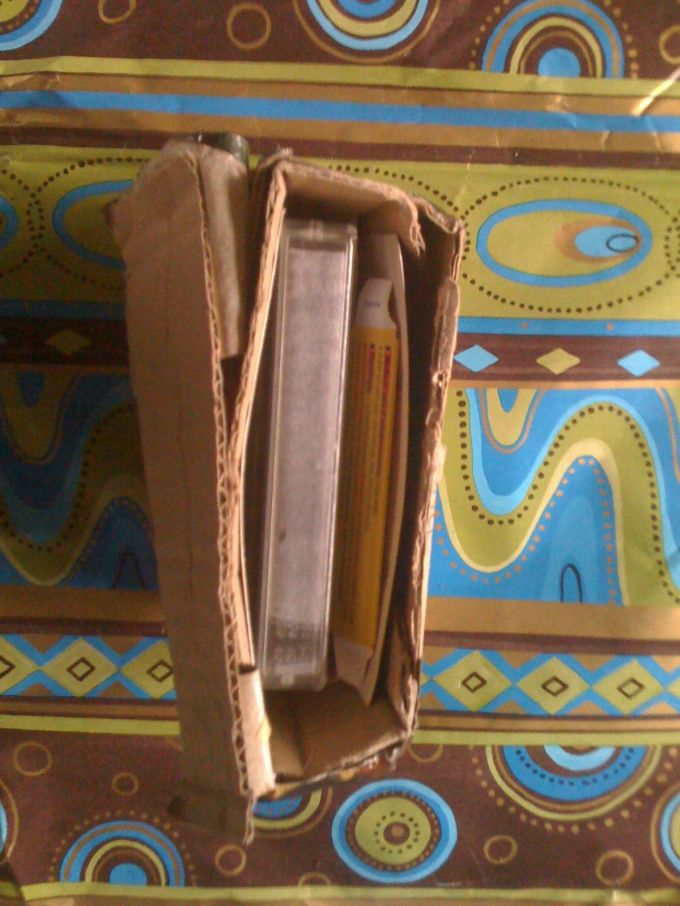 and day of the fête de la musique. Standing next to a banana plant, Rinus recorded a farewell-to-Paris note. He left it on the table in an apartment overlooking the Place de la Nation and then ran to catch a train to elsewhere: “My suitcase was packed. In it was the cassette with the song I wanted to use to open this tape. I couldn’t find it. I left the cassette and a photocopy that showed glass roofs and the silhouette of the Eiffel tower on the table of the apartment of my host.””

One of Harold’s personalized covers of the Paris Tape Run1 cassette.