Kylie Minogue released her new album Golden also on audio cassette. She announced the cassette release in a video. Kylie inserts the cassette into her Walkman, presses play, waits and gets excited.

What happens next is that the Kylie Minogue management approaches or doesn’t approach staaltape. They ask, or don’t ask to make a remixtape.

Staaltape is Staalplaat’s cassette label. Staalplaat, active since 1981, is a well-established name among the practitioners and fans of a non-established genre. Electronic beats listed staaltape as one of the ten cassette labels, that keep the tape alive in Germany. Staaltape didn’t only help to keep the tape alive worldwide. Hundreds and hundreds of small labels around the globe helped the cassette tape to a renaissance.

The Kylie management wanted to pay respect to the underground cassette movement. They did or did not ask staaltape to take care of a remix of Kylie’s album Golden. Staaltape proposed a remix of the sounds on the video. The management did or did not agree, on the condition that they would choose half of the musicians. The artist’s names had to remain unknown.

Once you have listened to the remixes you will acknowledge that this all doesn’t really matter.

And the tape looks good too.

The Kylie Golden Remixtape was entirely produced at home, with postcards, Plovdiv the typewriter, a pack of sky-blue writing paper, spray paint, scissors, glue and silk paper, and of course a Yamaha 4track recorder and a Marantz CP430.

This way to your cart 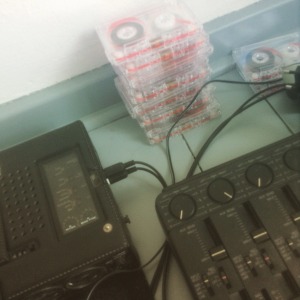 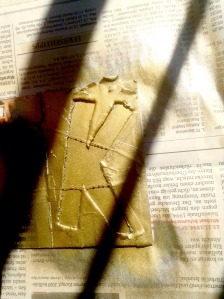 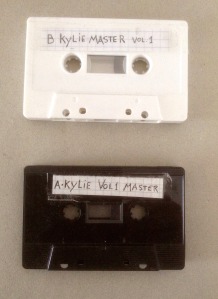